Screw It With Headlok Fasteners 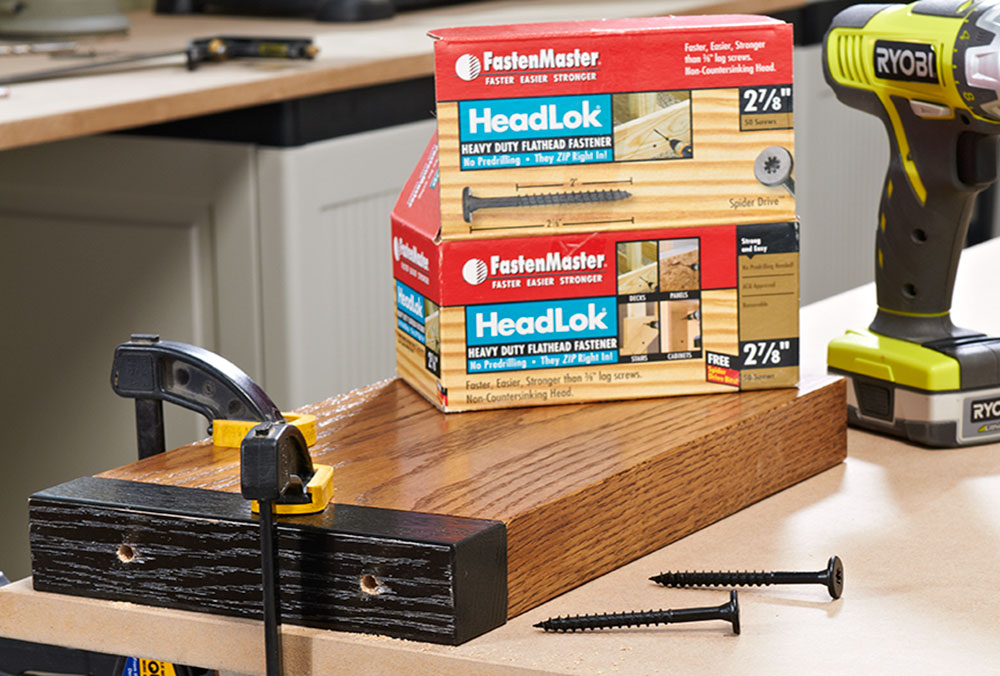 We came upon this great fastener during the design phase of our Custom Shelving Project, featured in Free Issue No. 1. From the start, we needed an easy way to assemble our shelves, and since the hardware would be exposed, we wanted it to have a nice look. Although originally designed more for construction use, these Headlok screws were the perfect solution.

Quit screwing around... OK, let's talk about the fasteners themselves. These puppies are heavy duty, and they have some serious fastening power. They're similar to lag screws, but considering they're made with a high tensil metal that resists twisting, they're far superior in quality. They're also corrosion resistant, which makes them perfect for outdoor applications.

The head of each screw has a nice flat surface, called a wafer head, which prevents it from driving into the wood. Along with that, the screws feature threads that are fairly aggressive. The combination of these two qualities makes them perfect for pulling parts and fastening projects together.

To drive in Headlok screws, you need a cordless impact driver and a special spider bit, which is included in each box of screws. If you're working with harder woods, like oak, you'll want to drill a pilot hole to prevent splitting. Otherwise, just drive them in!

You can find Headlok screws ranging in size from 2⅞" to 6" at Home Depot.